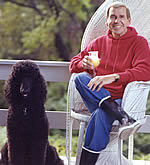 “Paul Lynde, the center square on Hollywood Squares was a memorable photography client. As he walked by our studio in Ogunquit, Maine, he saw Daphne’s work in the window and he said, “Oh what beautiful paintings you do.” He was told that they were photographs. Still in disbelief he came into the studio with his dog Alfred and said, “I would really like to have a photograph of myself with my dog for a new PR picture.” The session was truly a memorable experience for all. Paul Lynde’s response to seeing the photos was “Daphne, you have captured me the way I want to be remembered.” After his untimely death a few months later, we were inundated by calls asking what was Paul really like? And the truth is, he was exactly like he was on film and TV — hysterical!”

“The portrait of me that you did remains one of the best pictures of me ever.”

“Daphne worked a miracle and my fantasy was captured forever…and now I have a permanent reminder that fantasies can come true.”

“Daphne, you are truly a miracle worker. I am so happy to call you my friend and my personal photographer.”

“Daphne and Staff, Thank you for the wonderful photography!! I love it!! Love, Herb” 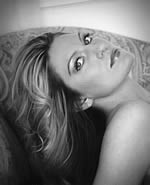 “A healthy escape from reality.. one of the most memorable and exciting days of my life.”

“I think this is something every woman should experience at least once in a lifetime. I can’t wait to do it again.”

“I knew what I wanted– not too much of the traditional boudoir — something I could put in my home — both artistic and personal — to reveal what I was about. Well, I got exactly what I wanted. Daphne you are amazing!” 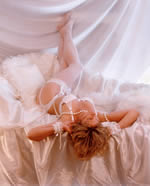 “When his birthday came around … I wanted to do something special for him, to let him know I love him more than I could ever say… the idea of capturing myself the way he loves me most…” 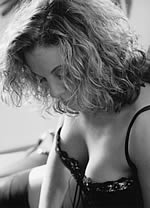 “Thanks for making the … experience so enjoyable and uplifting. I felt so incredible… as a result, I feel I hold my head a whole lot higher these days. I have never been more proud of who I am and how I look.”

“I was pleasantly surprised with the whole experience. I never thought I would be so relaxed. I gave these pictures as a gift to my husband on our wedding night … let’s just say they added quite a spark to the beginning of our honeymoon” 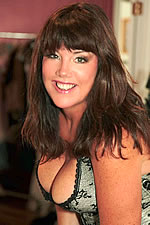 I want to thank you for the experience that tops any other I have ever had. I went to the consultation feeling slightly embarrassed and not sure I could go through with a Fantasy Boudoir photo session. I left the consultation feeling like I had lost my mind yet also excited to do something so out of character for me. Well, after the photo shoot I felt empowered, sexy, beautiful and proud of my sensuality. I thank you both and can’t wait to present this as a gift to the love of my life on his 50th birthday!!

It all started when I was trying to decide on a birthday gift for the love of my life, my soul mate and my best friend. I wanted it to be something different, unique, and something that he would cherish. We live 1000 miles apart during the week, he works in Chicago and I work in Boston, and my 21 year old daughter suggested a boudoir session at Fantasy Photography. It would be something he would have and be able to look at during the week when we were apart.

Our story started in high school, he was the older upperclassman and I was younger. He was everything to me, he treated me with respect and love and I fell head over heels for him. Unfortunately, 3 years difference is a much bigger deal when he turned 18 and was going to graduate and I was 15. It broke my heart but he started to date another upperclassman. We stayed in touch and stayed friends; he later married her and started his adult life. I moved on and met someone and also married, but never forgot the one I really always felt was meant to be. We bumped into each other from time to time, always catching up on our families and wishing each other well. I later divorced and moved, not realizing he and his wife had also moved to the same town. Our children attended the same elementary schools and were even in the same classes. I always wondered how my life would have been different had we stayed together. I always knew that there was a special place in his heart for me, I saw it in his eyes. However he had a wonderful life and family and I later found out he was relocating to Chicago. We exchanged emails about once a year as friends wishing each other well. I went on to marry again knowing that a relationship with him would never be. I settled for a less than perfect marriage, so not to be alone but that proved not to be enough for me and I again divorced. After filing the paperwork, I received a “happy birthday” email from my “what if” man. He asked how I was and we exchanged a few very casual emails in which I told him I was divorced for a 2nd time and would rather be alone than not with someone that made me happy. At that point he told me his wife had left him and he was coming back east to see his parents and could he take me to lunch? That lunch changed my life forever, we were soul mates and the past 2½ years have been the most amazing years of my life. Love can be so amazing when it is truly meant to be.

So that brings me to wanting to give him something as special as the love he gives me, and what better way than a photo album that shows the radiant glow of love in my eyes and the sensuality that is so alive in our relationship. Daphne captured that in these photos and I hope he loves them as much as I loved doing this photo shoot for him!

Thank you so much,” 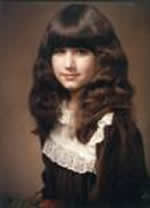 “This portrait was created for me in when I was 11 years old. The background was painted by a Boston artist. I can even remember picking out the fruit for the table. I am so happy to have this beautiful large photograph in my home today. It brings back happy memories and one day I hope to have my own children to have you photograph.”

“This booking started out as a great idea for a unique present for the love of my life, but I think I got more out of the experience! The wonderful day was a treat that made me feel beautiful, boosted my self confidence, and instilled a smile on my face that lasted for days! And that was all until I got the pictures— now I have an album for life! I never anticipated how great this would be, and that makes it all the better. The pictures are now a treasured gift from and even happier wife.” 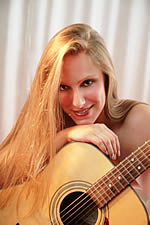 “I want to tell you how much I enjoyed the photo shoot and also enjoyed giving the photo album to my boyfriend. He LOVES IT! He was absolutely shocked, and was talking about it for weeks afterward. We are on opposite schedules, so even though we live together, I only see him on weekends and he loves looking at the album during the week. I am recommending you to all my friends! I was very comfortable during the shoot you guys made it really enjoyable. Thanks so much for everything.”

Back to top of page